课程内容：The goals of this course are:

1) Learn why stories and films ‘work’ from the perspective of a professionalscreenwriter and filmmaker.

2) Learn the individual structures of Plot, Character, and Theme, andunderstand how great writers get them to “dance together.” 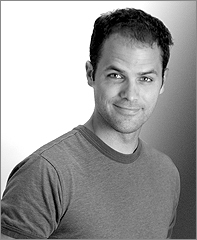 教师介绍：Peter Gamble Robinson is the co-writer of Office Uprising (starring Brenton Thwaites, Zachary Levi, Jane Levy, Karin Soni, & Ian Harding) which was developed for Crackle. Most recently he’s completed Wish Police & The Mischievians for ReelFX, and is now developing the project Supervillain Academy. He began his career as the ghostwriter of House of Sand and Fog, and his script The Harrowing won awards in the Scriptapalooza Screenwriting Competition, the CAPE New Writer’s Award and was a semi-finalist for the Nichol.