In the evening of November 19, 2018, Yamada Takeshi and Lin Meiqu, members of teamLab, came to the ShanghaiTech Auditorium to hold a lecture. Mr. Yamada, as the keynote speaker, presented the outstanding achievements of teamLab to the participants with “New Relationship Among People” as the main concept. 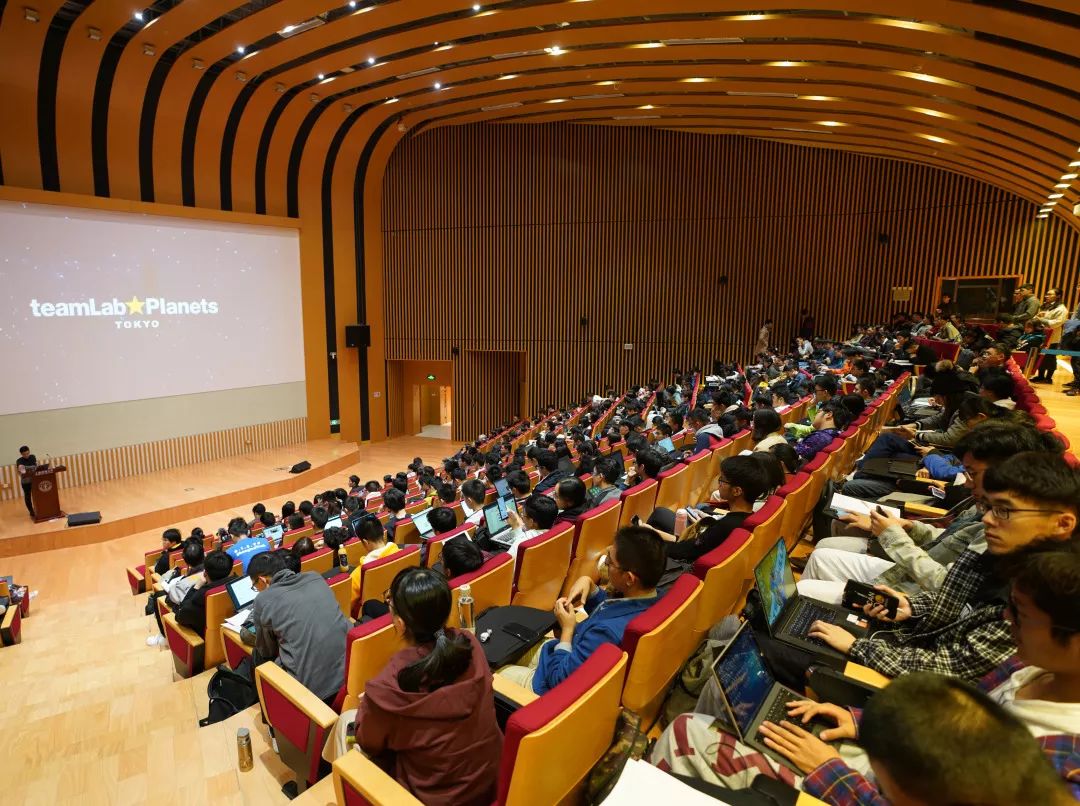 At the beginning of his speech, Mr. Yamada interacted with the students and received enthusiastic feedback. Nearly 40% of the students had already known about teamLab's works before the speech. Mr. Yamada introduced teamLab first as a Japanese company that has created Digital Arts and has been working with art for more than 17 years. teamLab's dynamic and creative team includes artists, software engineers and other talents from various industries. 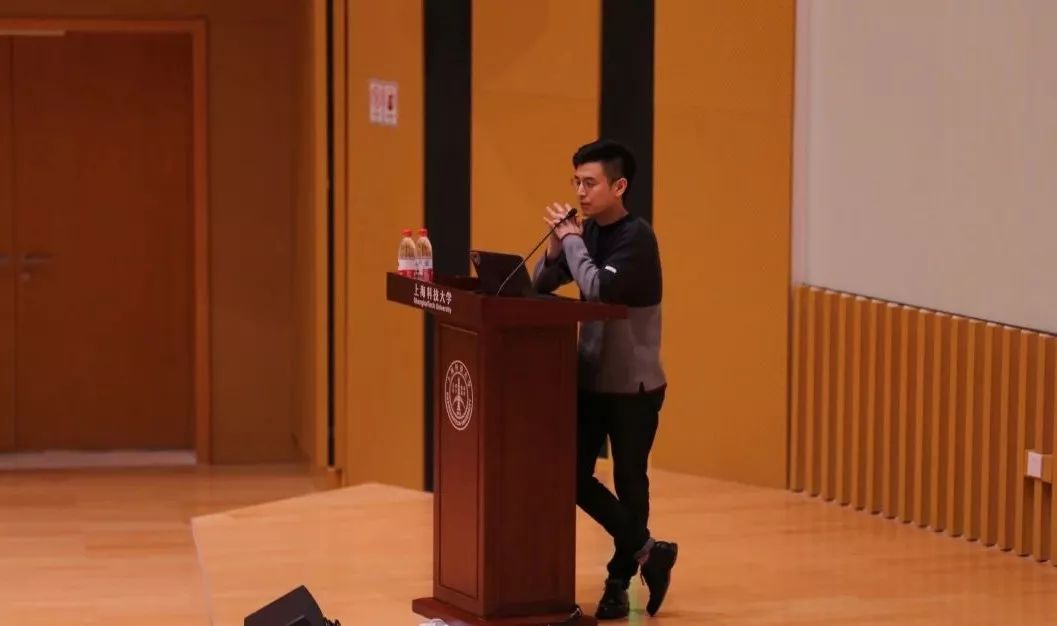 With the introduction of “Ultratechnology”, Mr. Yamada talked about the first topic of this lecture “Digital Arts”, and presented a short film titled “teamLab Planet TOKYO” that attracted everyone’s attention. The color transformation and the interweaving of light and shadow is the first impression of teamLab's latest work. After the short film, Mr. Yamada systematically introduced the concept, purpose of Digital Arts, and presented another series of wonderful short films to showcase teamLab’s amazing artworks within this theme. 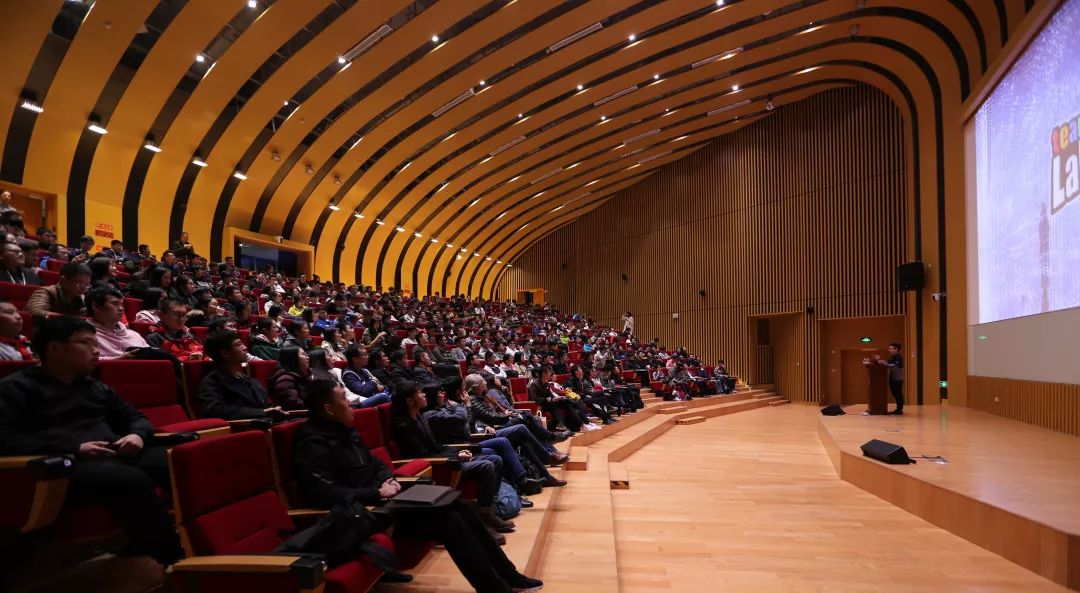 In this series of short films, visitors are asked to walk barefoot into the water. When they are staying somewhere or touching the water, special light and shadow techniques will make the water bloom bright and create realistic digital flowers. The more visitors, the more effective the exhibition will be. The exhibition design is very different from a traditional art exhibition. In contrast to the poor visiting experience of Mona Lisa at the Louvre, this indoor exhibition encourages people to participate, emphasize with the theme of “New Relationship Among People”, “When kids are running around in the room, it looks more beautiful.” Mr. Yamada made this summary proudly. 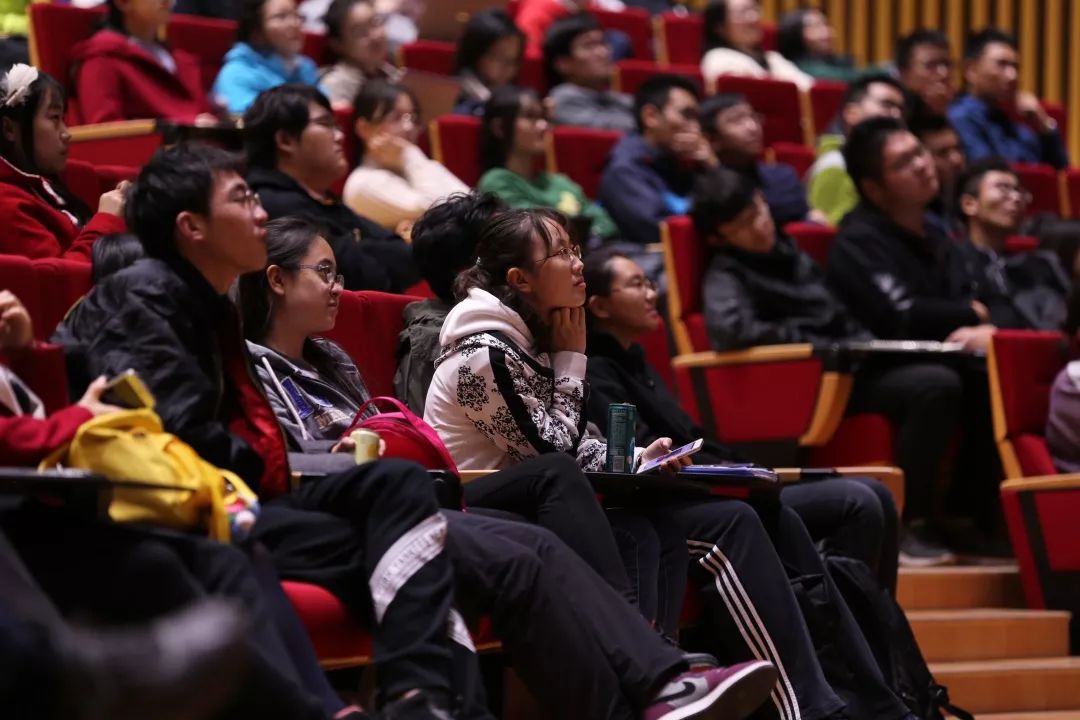 Mr. Yamada also showcased multiple artworks in several exhibitions created by teamLab, such as “Co-creation, Sketch Aquarium, An Office Where Animals live, and Flight Park”. Most of these include Kids Project”, which is designed for children to have interactive entertainment and learning. These works are not only innovative and entertaining, but also interactive so the audience can actually enter the “creation” and become part of it. 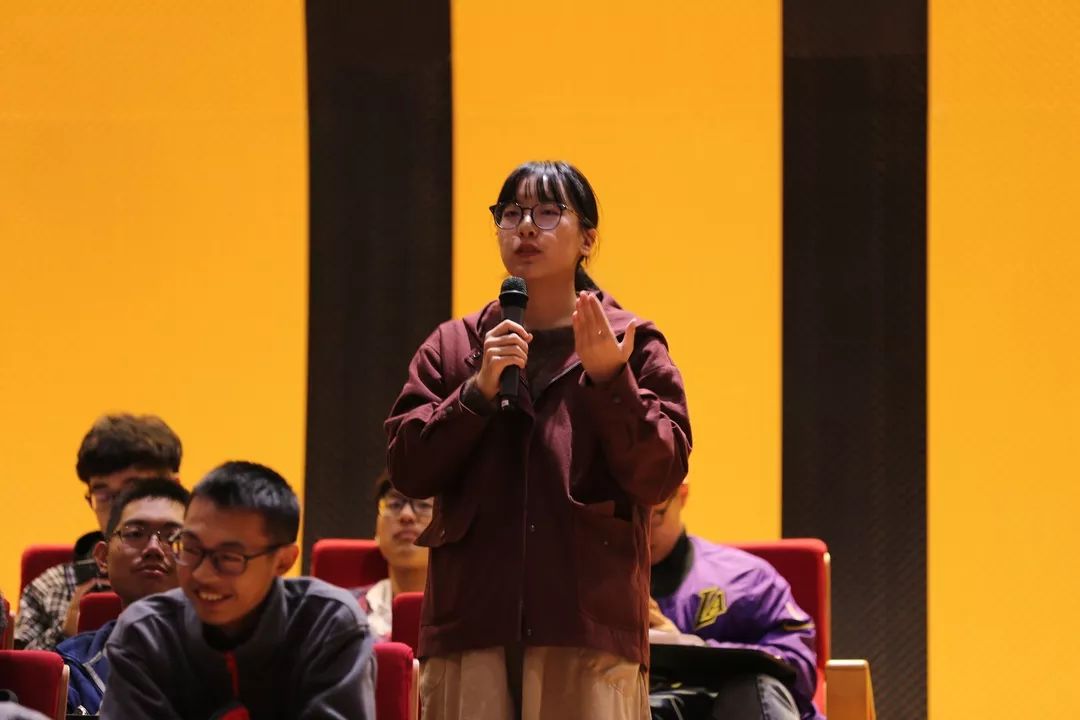 The second part of the lecture, Digital Solution”, focused on the design of two Apps, including an app that works with Disney to have a quick scan code and real-time view of the park's information. The other one that attracts everyone's attention is a shopping app related to the current vending machines on the street. Consumers can complete orders anywhere to scan and pick up the goods on the vending machine. The app also has the “commodity exchange” function.

At the end of the lectures, the students were enthusiastic during the Q&A section. Mr. Yamada vividly explained and discussed about whether the color of the visitors would influence the lighting effect, which parts of the works he believed that cannot be plagiarized/reproduced, and problems about equipment and technology. He replayed and analyzed the pictures and short films that have been displayed so students have a deeper understanding of how teamLab creates artworks. Finally, with a round of applause, this lecture came to an end.