November 28, 2018, Professor Shen Juntai, the chief researcher of the Shanghai Astronomical System Dynamics Group of the Chinese Academy of Sciences, and Zhu Dayi, the curator of Shanghai Planetarium (Shanghai Science and Technology Museum Branch) were invited. They presented a lecture on the theme of Cosmic Starry Sky for students and faculties at ShanghaiTech University. The lecture consisted of Professor Shen Juntai's scientific introductionof Analog of the Universe” and Zhu Dayi's visual art display of Starry Sky.

Analog of the Universe 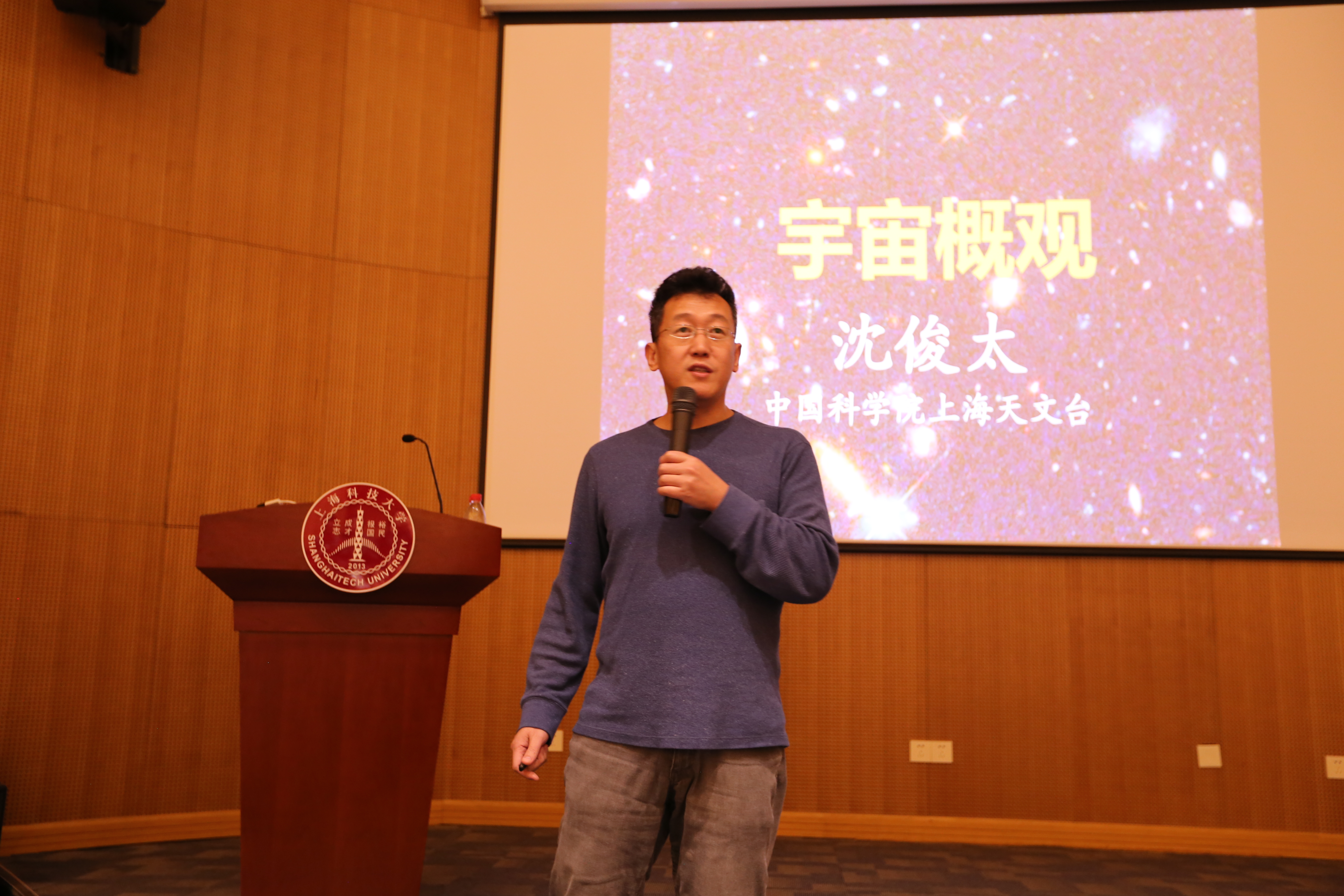 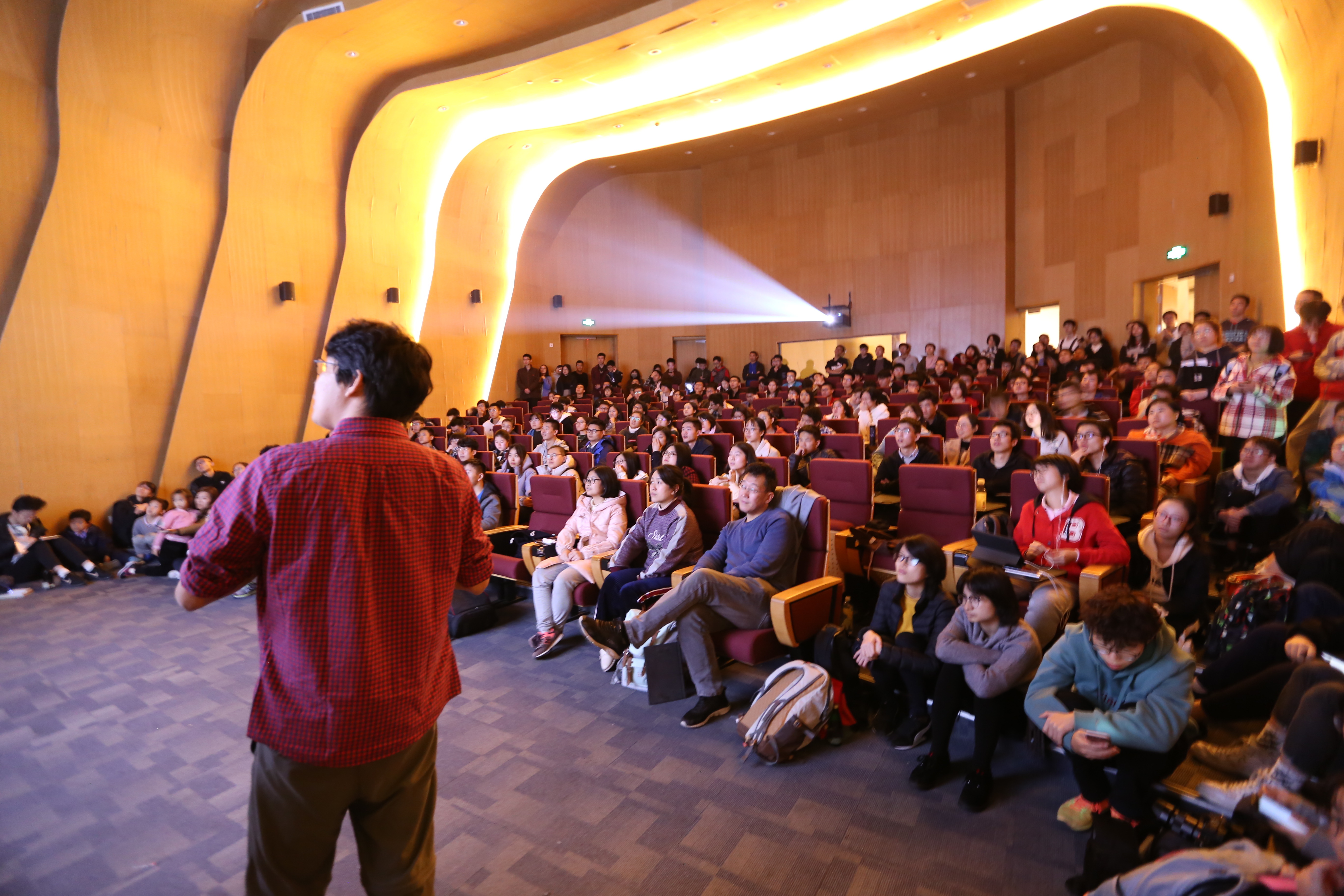 Professor Shen pointed out that the scientists found that the center of the Milky Way is not the sun, but a bright Bar that traversed the most prosperous area of the Milky Way like a bar. However, The true face of Lushan is lost to my sight, for it is right in this mountain that I reside. We are in the Milky Way and we can't have the whole picture of the Milky Way. All the current vertical view of the Galaxy is imagined by the artists based on astronomical data. Can such a broad galaxy constitute the entire universe? Modern astronomical master Hubble pointed out that the universe is far more than the Milky Way itself, and the Milky Way is just an ordinary spiral galaxy. According to the distribution of galaxies detected by the Sloan Digital Sky Survey, there are about 600,000 extragalactic galaxies distributed unevenly in the open universe outside the distant Milky Way. Therefore, as Newton predicted, the universe is boundless. 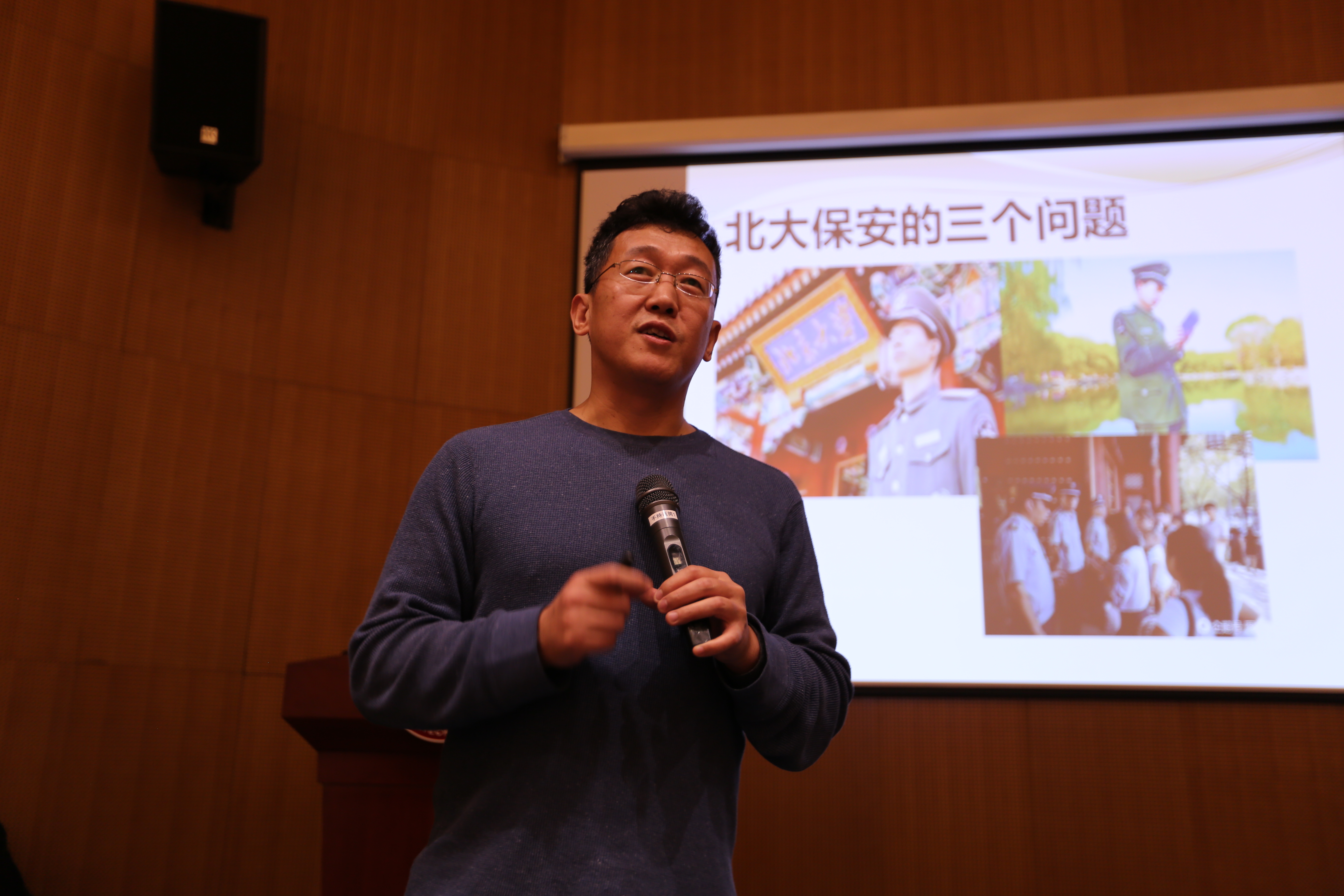 Then, Professor Shen briefly introduced the frontier research direction of astrophysics —— two dark, one black and three origins, namely, dark matter, dark energy, black hole, gravitational wave, origin of the universe, origin of celestial bodies and origin of life. Dark matter is an invisible substance that exists in the universe. Dark energy is an energy that drives the movement of the universe. As early as 2011, three astrophysics physicists discovered the accelerated expansion of the universe on the basis of Hubble's law and won the Nobel Prize in Physics, all of which are closely related to the study of dark energy. Professor Shen boldly suspected that if the earth shrinks to the size of a bunch of grapes, then the escape velocity of the objects on the earth will reach the speed of light, and the earth will become a black hole. Black holes are widely found in the universe, and there is a black hole in the center of every galaxy. Then people can't help but ask: Will we be sucked in by the black hole? Of course not. Professor Shen said that black holes are not universal vacuum cleaners, away from black holes, and gravity is no different from any other object of the same quality. Moreover, the quality of the black hole is positively correlated with the quality of the nucleus. The correlation between the two indicates that the black hole and the evolution of the planet are closely related. 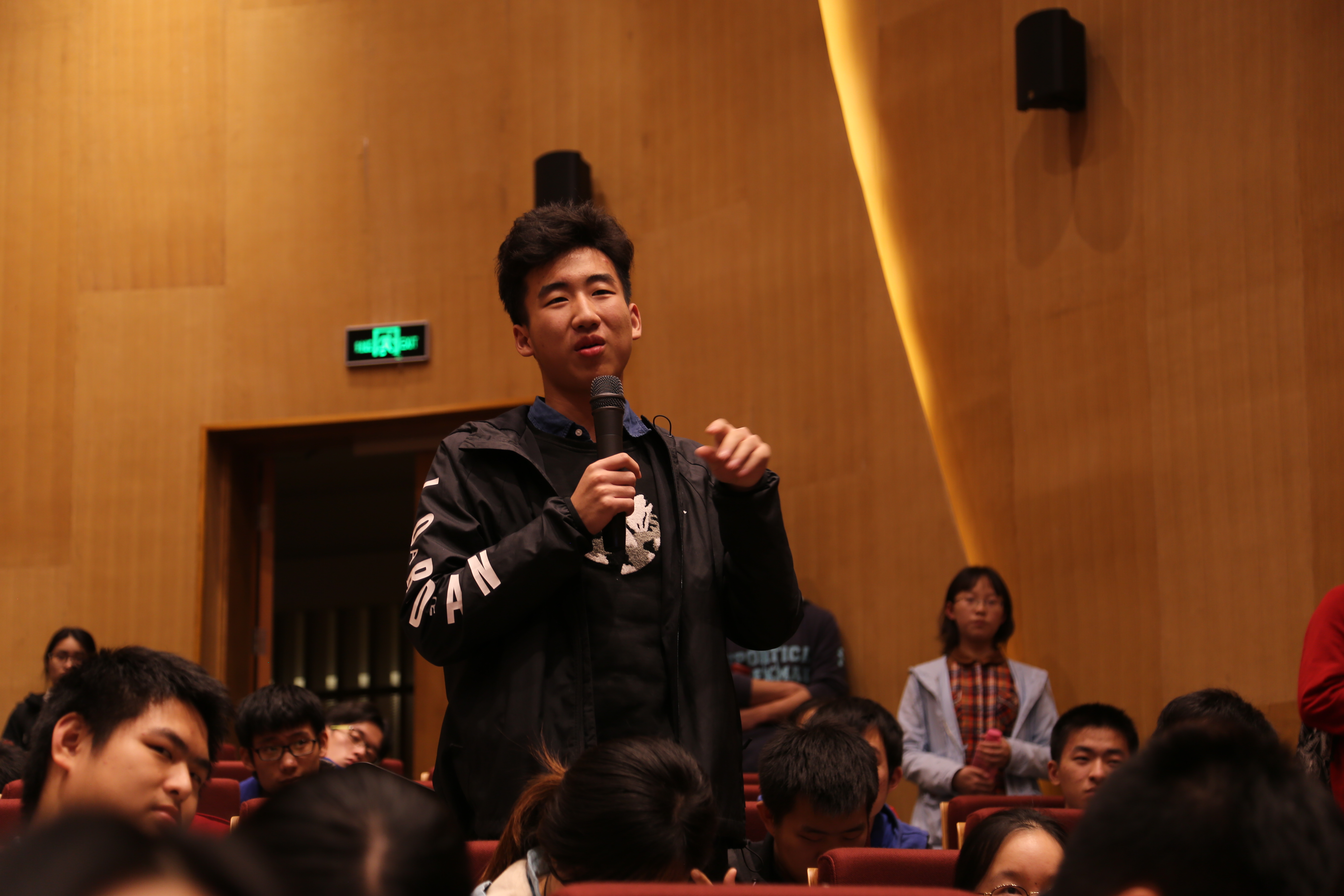 At the end of the lecture, Professor Shen proposed three questions about astronomy to the students to think about. Are we the only ones (who are you)? How did humanity originate (where do you come from)? To what extent will humans develop in the future, will we migrate to other planets (where are you going)? Professor Shen’s words inspired the students to look up at the stars with curiosity and delve into the universe with a heart of exploration. 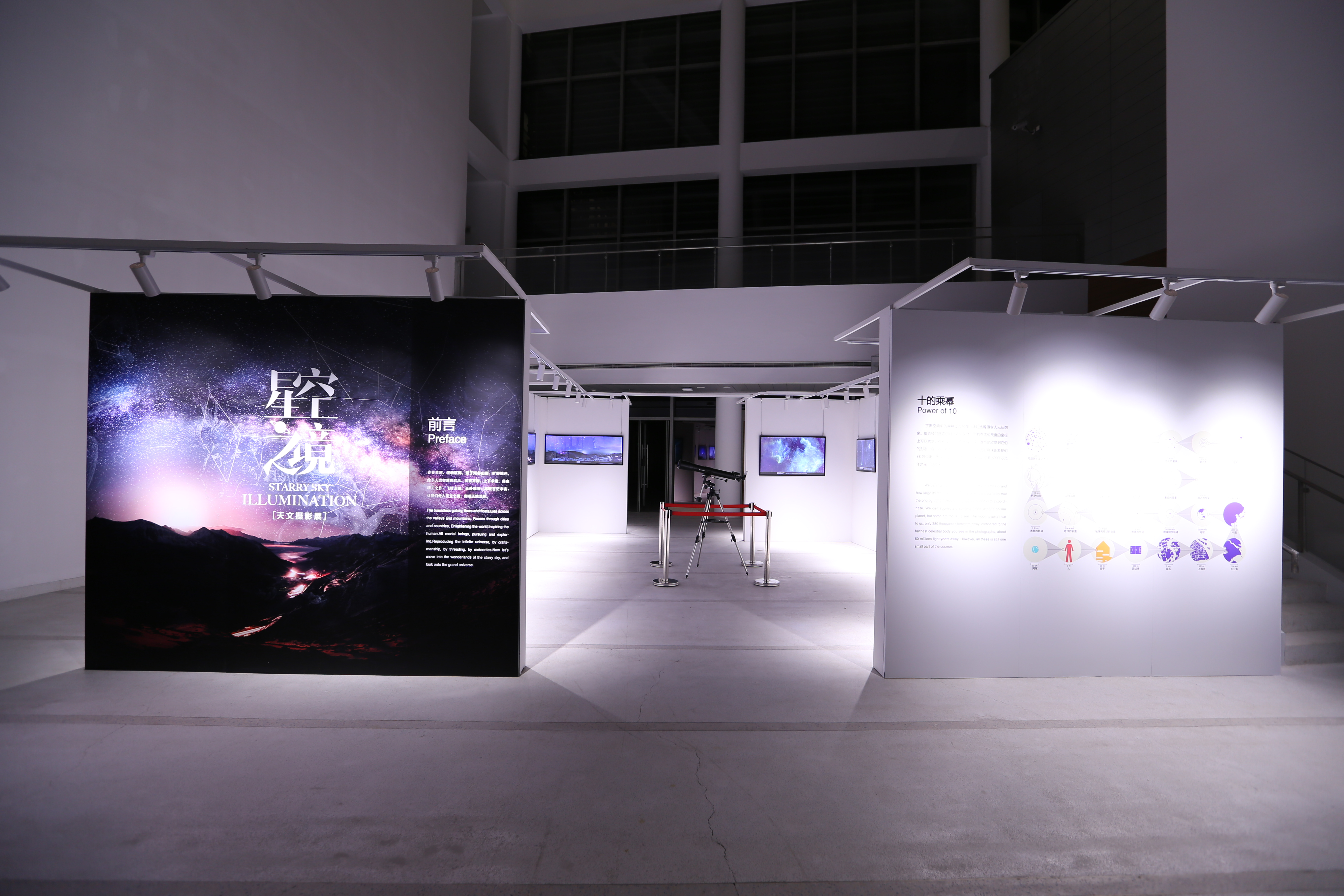 The excitement brought by Professor Shen’s introduction has not yet faded, Zhu Dayi brought a visual feast of “Starry Sky” to the students.

“Even if you are in a dirty ditch and a sewer, you should look up at the stars.” “Even if you are conceited and sharp like Oscar Wilde, it is difficult to resist the charm of the stars.” As a curator of Shanghai Planetarium, Mr. Zhu introduced the process of the space from design planning to construction to the students in detail. “The Planetarium is the ultimate solicitude for people.” He believes that people visited the planetarium will feel their own smallness and loneliness, but just like the starry sky, people can always find their own world and a sense of belonging in the vast universe. 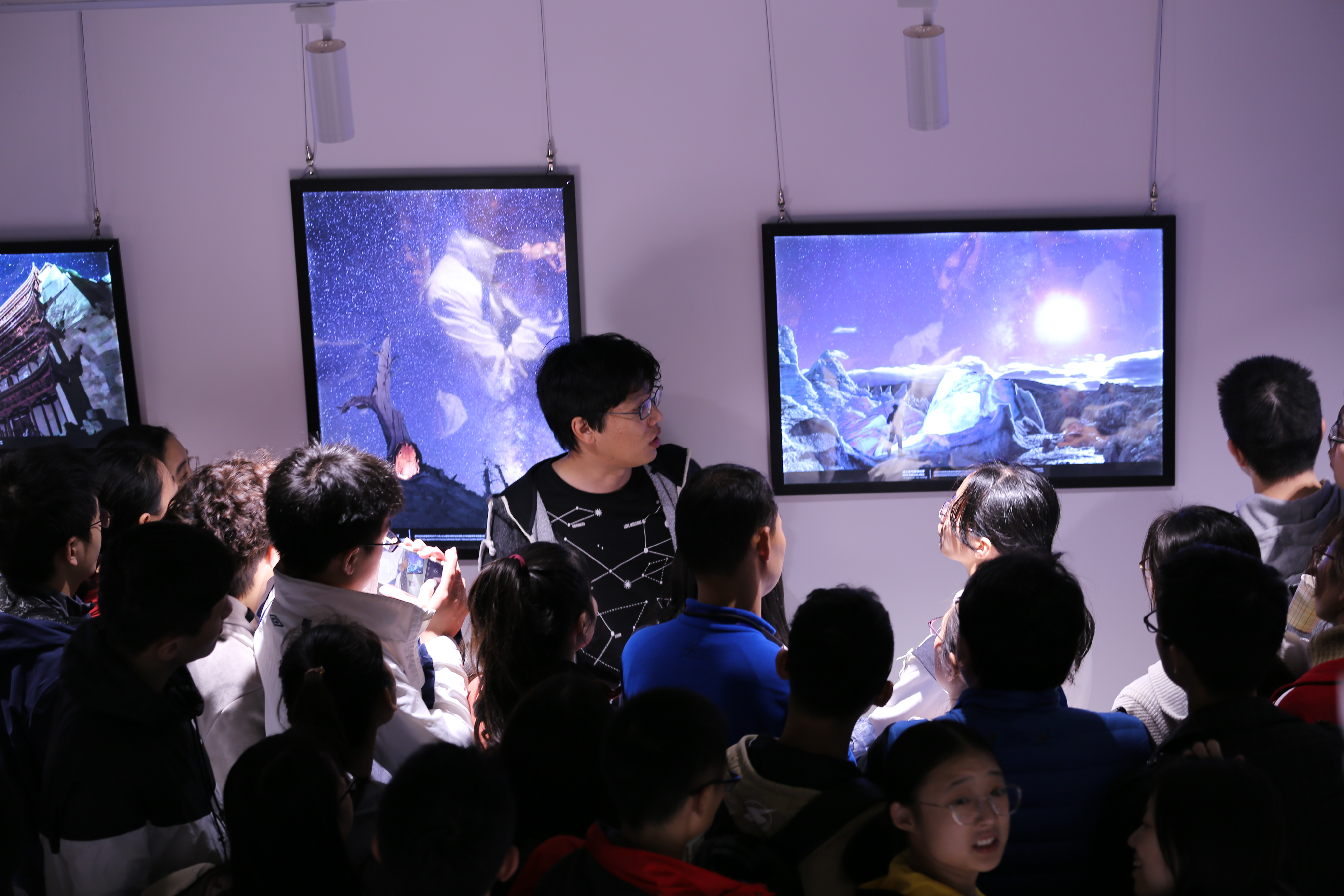 Then, Mr. Zhu talked about his life humorously: I like nature and traveled all over the country. I love astronomical observations and use the lens to record the beauty of the stars. With his own experience, Mr. Zhu told the students that astronomy is a broad field. We can not only study astronomy but also propagate astronomy, and let more people understand the world beyond the dome. Mr. Zhu also showed many of his own photography works. He merged the historical monuments with the splendid galaxy: Great Wall beacon under the star track, the Mogao Grotto under the Milky Way star... This starlight seems to cross the millennium, from distant times, but lighting up the sky tonight. 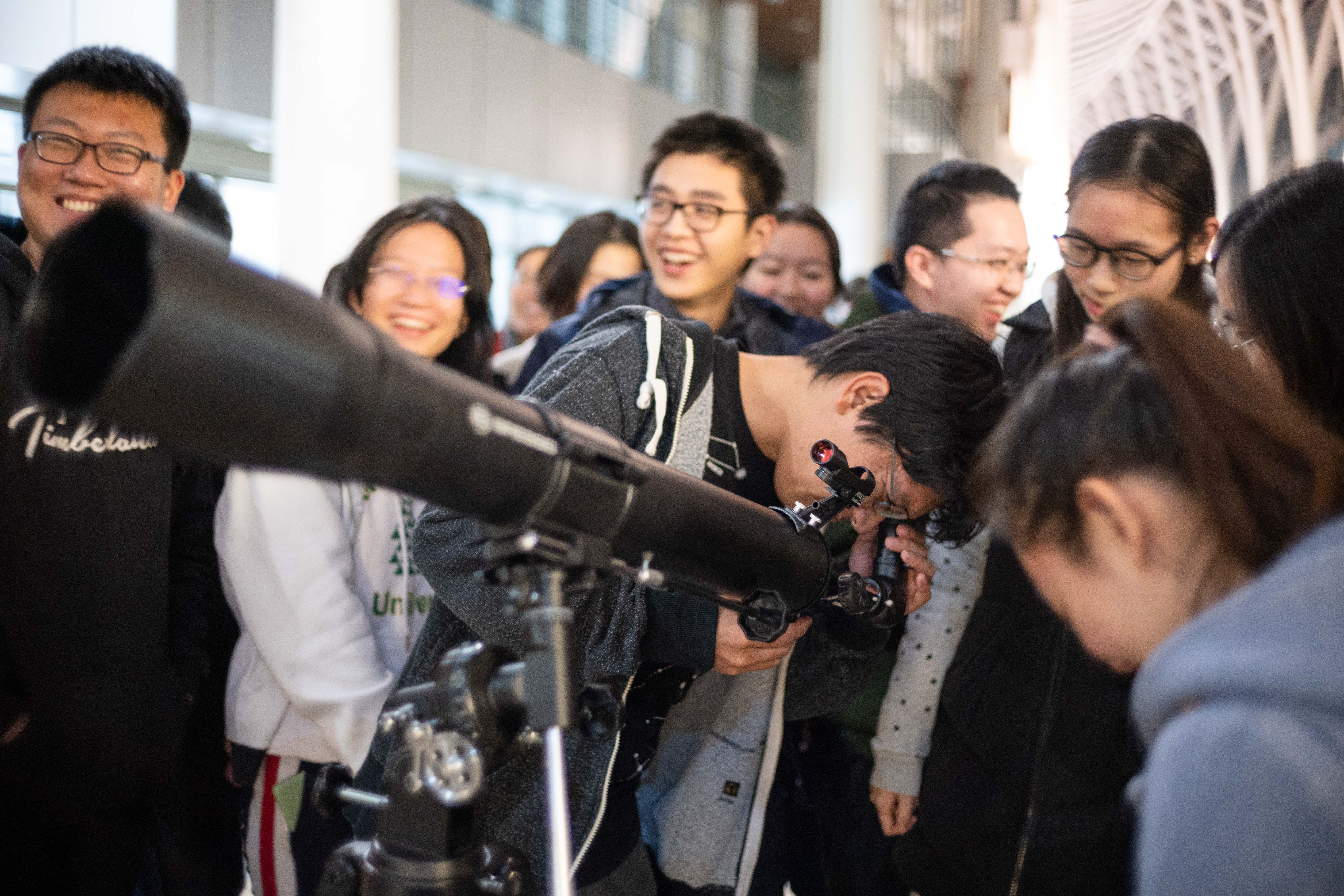 At the end of the lecture, Mr. Zhu said that the starry sky is romantic and fascinating. One world one sky”. We are small like planktonbut love the vast universe. When I look up at the stars, I know that thousands of me are also looking at the same starry sky.

A nation has a group of people who look up at the stars, then they have hope. Looking up at the stars with exploring attitude, and pragmatically seeking truth, there will be a splendid star above the land of China. 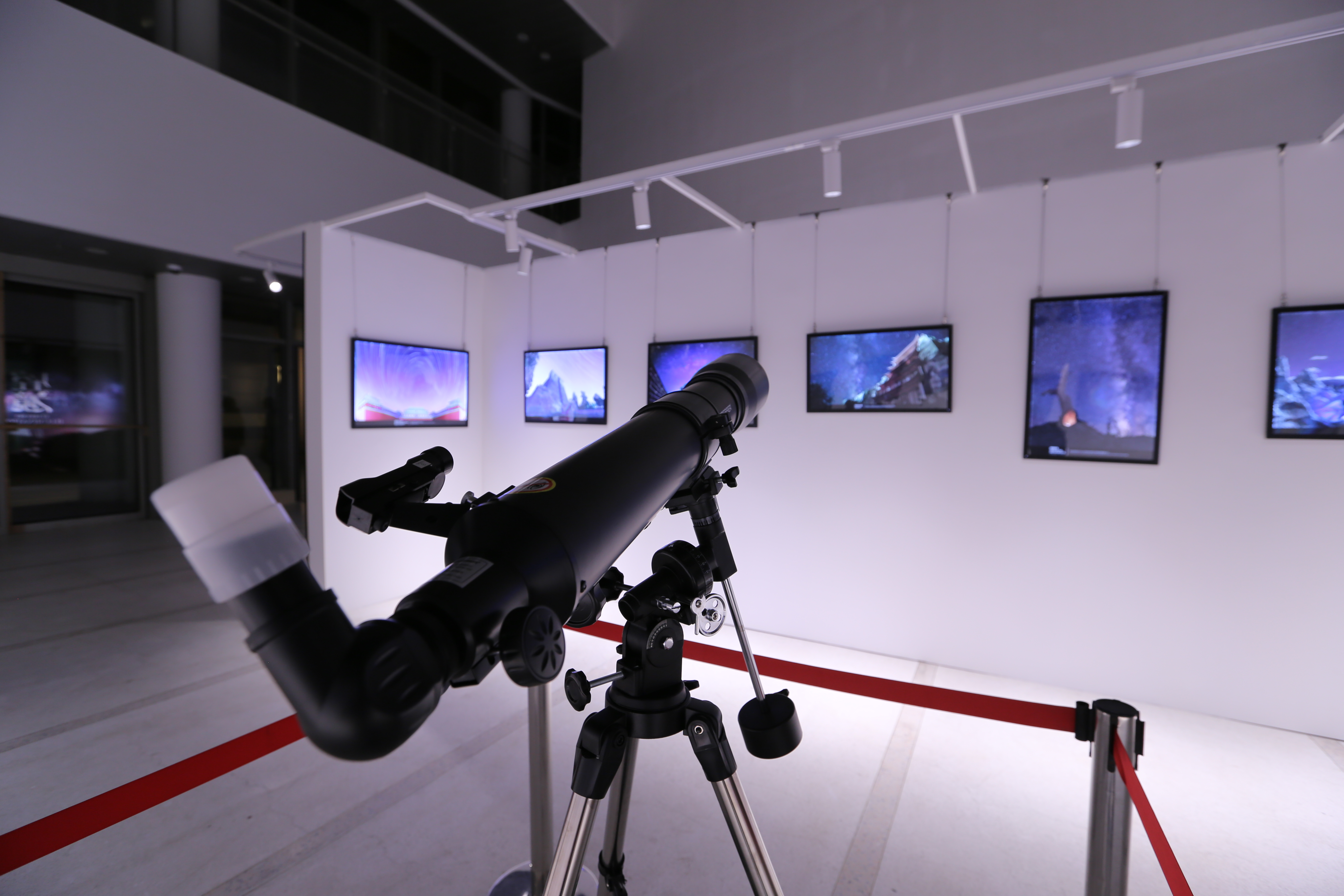