Leaving home to save Li Lang, who expected that he was on the top of the list, the lyrics from the Female Emperor’s Son-in-Law might be strange yet familiar to many students. It may be the melody that often appears in the television, or the fresh and simple tune of Huangmei Opera, or the lyrics repeatedly revised by the opera lovers…Tonight, Female Emperor’s Son-in-Law performed byProfessor Xu Fei and her Huangmei community presented a better understanding of Huangmei Opera to students and faculties at ShanghaiTech University. 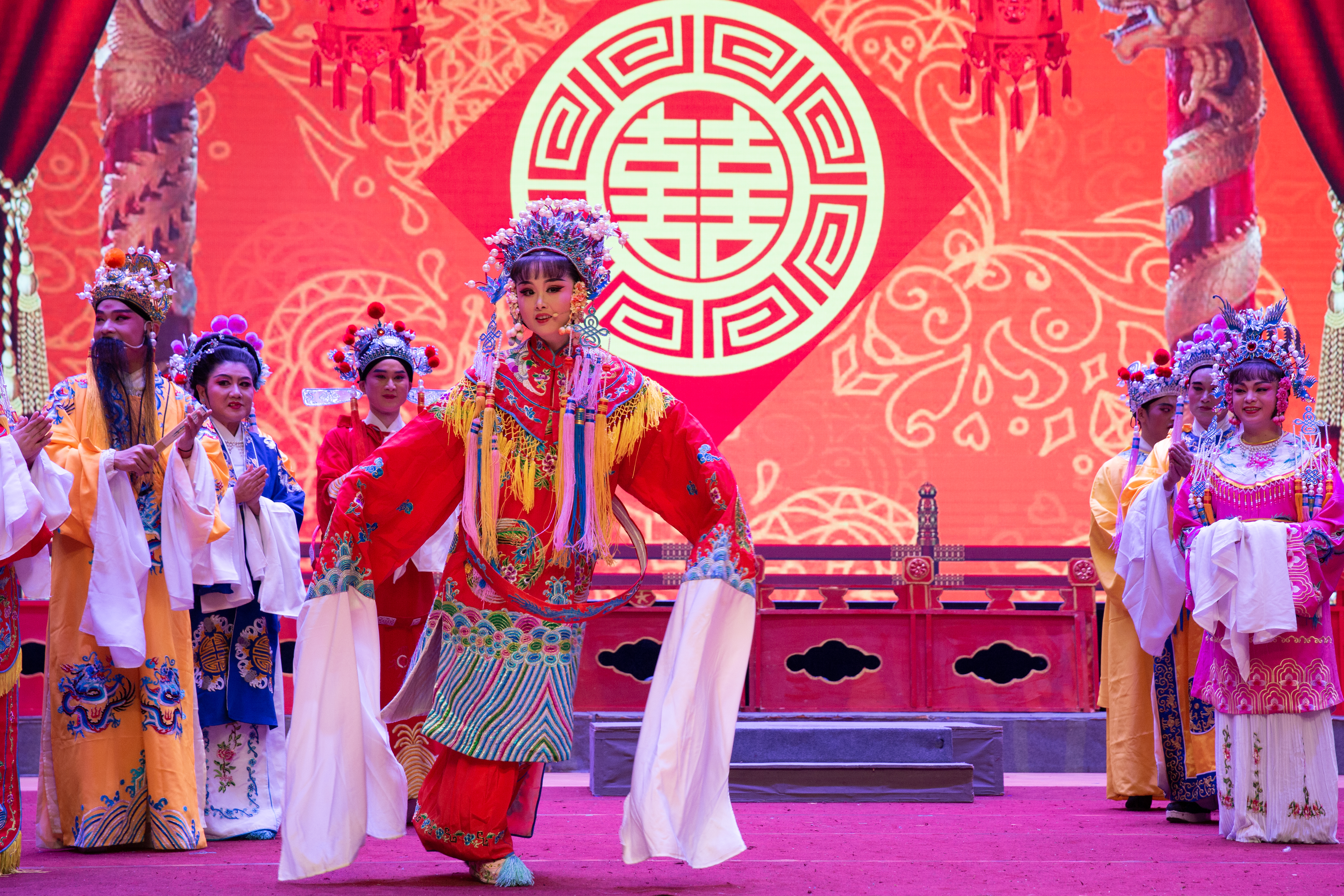 The opera kicked off in the melodious string music. The exquisite stage decorations together with the singing and pace of Female Emperor’s Son-in-Law Feng Suzhen introduced everyone into the drama world. Whether it was the conversation between Feng Suzhen and Li Zhaoting in the garden, or the stalemate between the princess and the female emperor’s son-in-law in the mansion, the audience’s feeling followed the character’s. When the voice of the female emperor’s son-in-law is gradually accelerating and rising, the sound of instrument is constantly changing and things finally come to light, the cheers and applause bursting out was the deepest resonance of everyone. 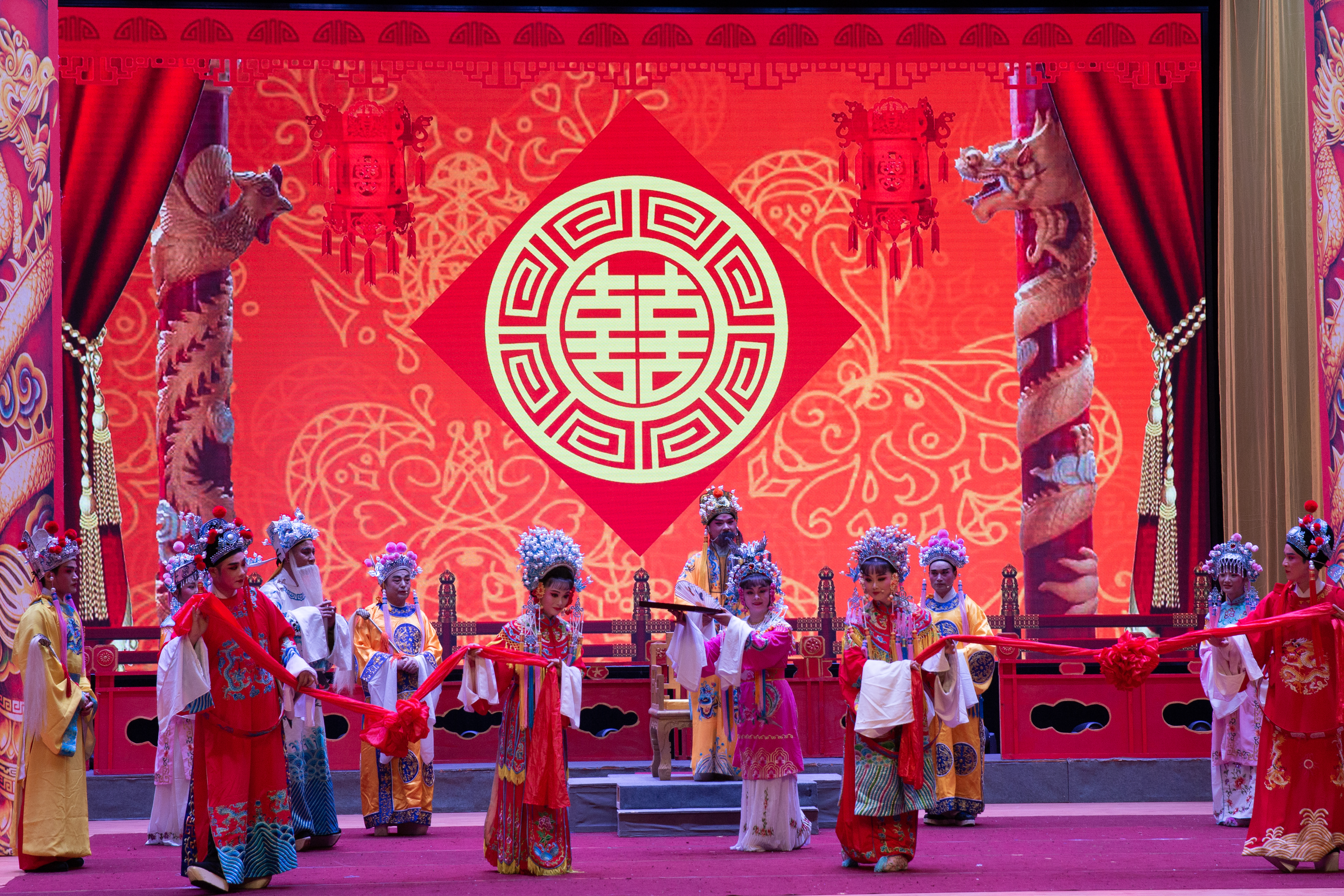 If we say that the elegant setting and the wonderful plot bring a visual feast to everyone, then Huangmei Opera is close to life and the smart and simple lyrics is a kind of auditory enjoyment. The aria with Anqing dialect is smart and rich in vitality.

In the music and the twists and turns of the plot, the story finally went to the end of All shall be well,and Jack shall have Jill. What goes around comes around. In such a feast of Chinese ancient culture, the students deepened their understanding of Huangmei Opera and the beauty of traditional culture. 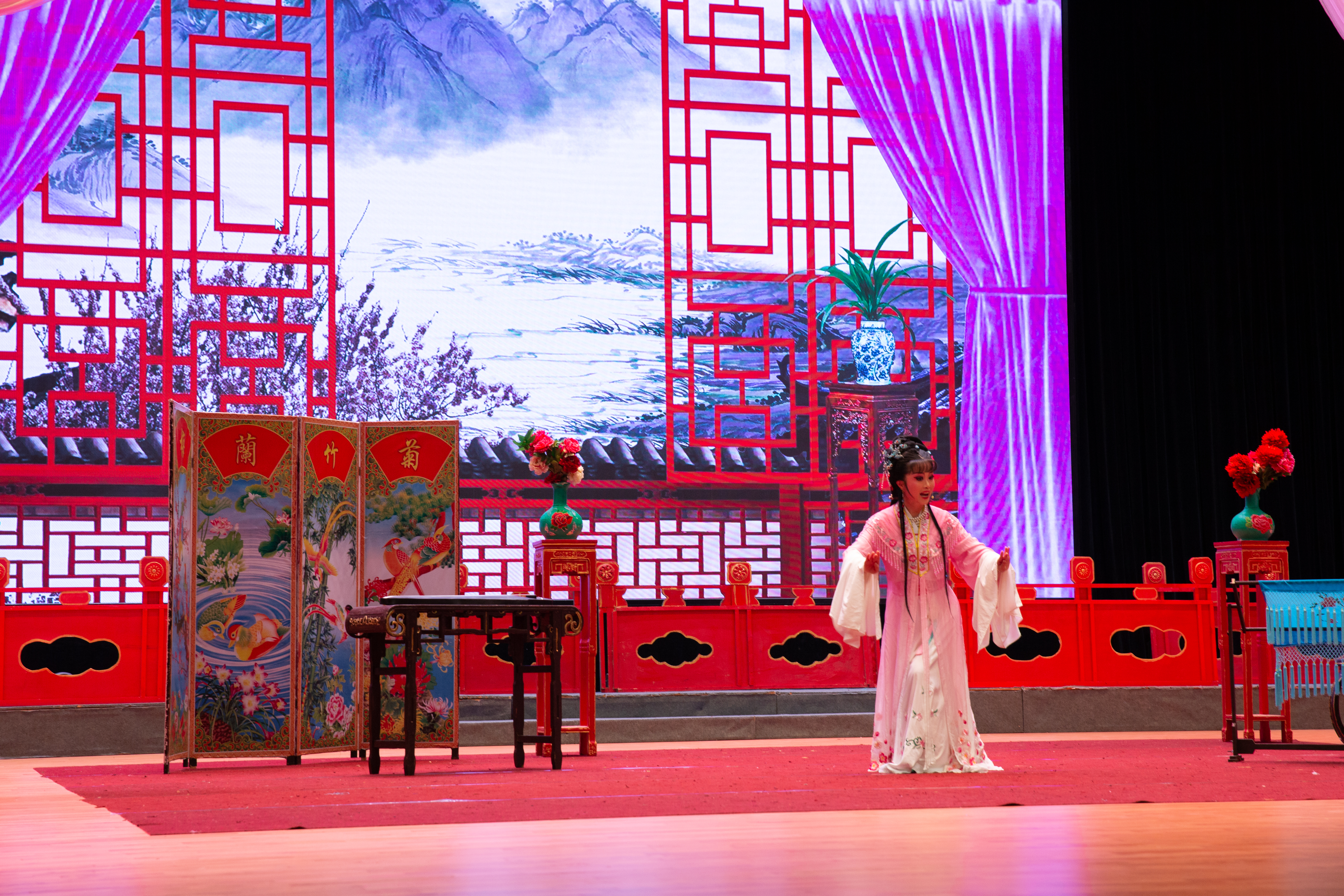 After the opera, Professor Xu Fei was interviewed, she played the actress of Female Emperor’s Son-in-Law Feng Suzhen.

Q: What is the origin of your initial interest in Huangmei Opera?

Q: What are your general views on Huangmei Opera?

A: Opera is the traditional culture of ournation. Opera usually reflects the punishment of the evil, the encouragement of the good and extols the beautiful feelings. Huangmei opera is not an exception.

Q: What do you think of this kind of activity organized by our university and what kind of expectations do you have for the promotion of this traditional culture in college students?

A: I think it makes sense for college students to connect with traditional culture like opera. The most direct way for students to become interested is to let them enter the theater to experience the stage charm of the opera. I also invited a few students to participate in group performances. They also felt the joy of the opera and the difficulty of ten minutes on stage and ten years off stage. 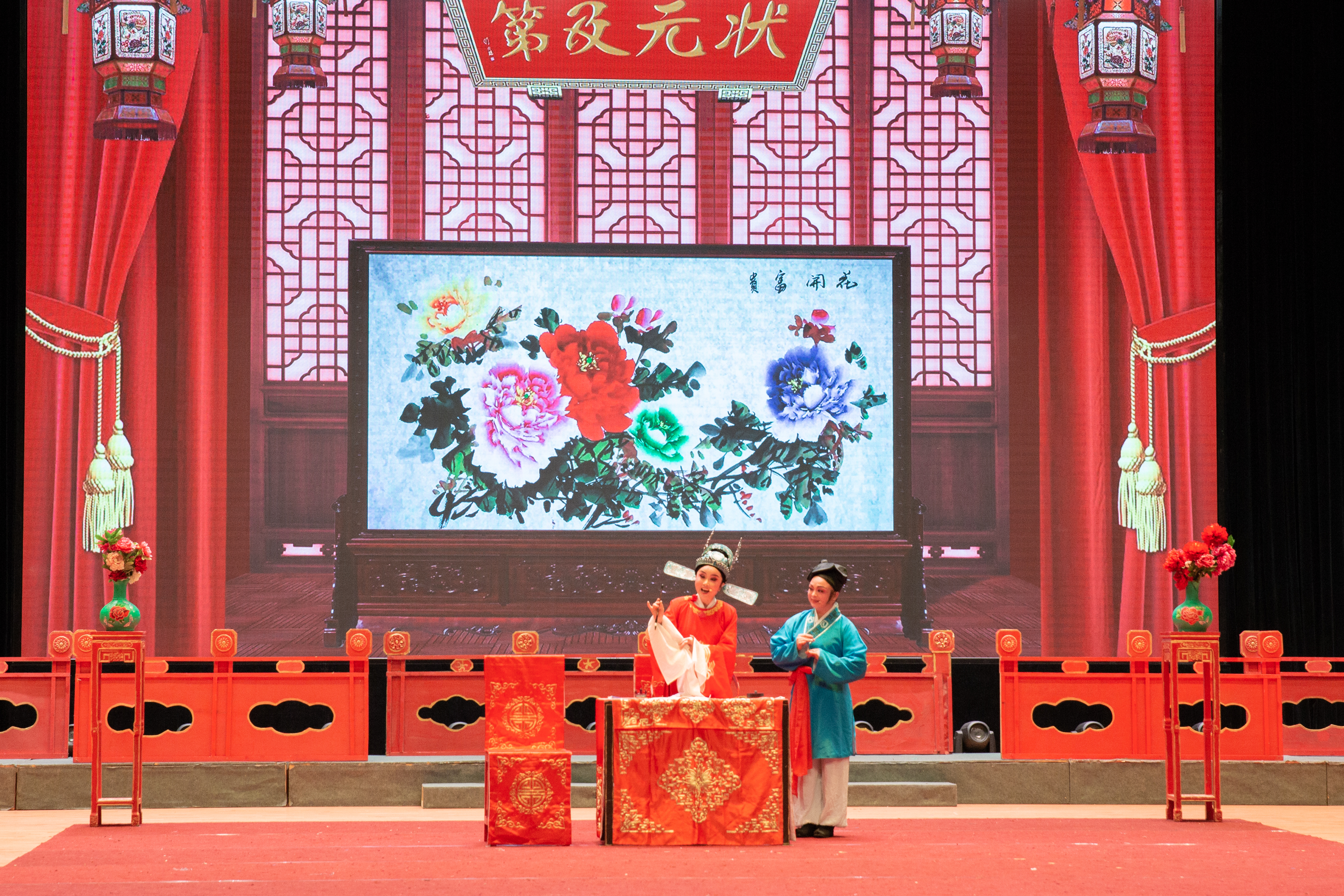 Since the beginning of this century, the new version of the Peony Pavilion adapted by Mr. Bai Xianyong has attracted younger generation. Subsequently, more and more Chinese traditional cultures have entered the university campus including Kunqu Opera, Huangmei Opera, Peking Opera... These ancient traditional cultures were renewed in the campus nowadays. This may be the meaning of this event —— let more people feel the stage charm of the opera.