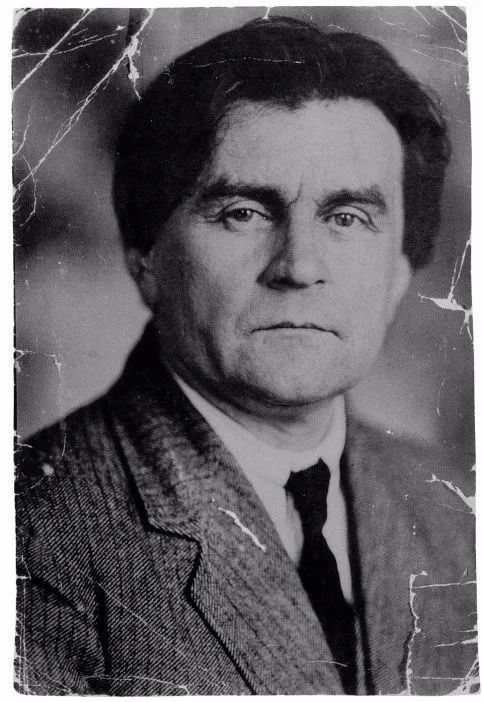 Kazimir Severinovich Malevich (1878-1935), founder of Suprematism, pioneer of abstract painting, and 20th-century Russian avant-garde artist. He was born in a family of sugar factory workers in Kyiv, Ukraine. His life was in the era of the Western Industrial Revolution, and he went through the tide of the Russian October Revolution and European artistic changes. During this period, the social structure, philosophical concepts, and artistic creation of the whole world were undergoing an epoch-making change, and the development of his personal painting style also reflected this change. As a pioneer of geometric abstraction, Malevich explored and created Suprematist art theory and painting style. The birth of Suprematism marked the end of the era of traditional figurative painting. Its theory provided an important basis for the development of Western modern art, and had an important and profound impact on modern art, modern design and art education. Together with Kandinsky and Mondrian, Malevich became a pioneer of geometric abstraction. In the end, the combination of simple and abstract geometric shapes, as well as specific geometric shapes in black and white or bright colors, created this supremacist art stage where he was almost alone. 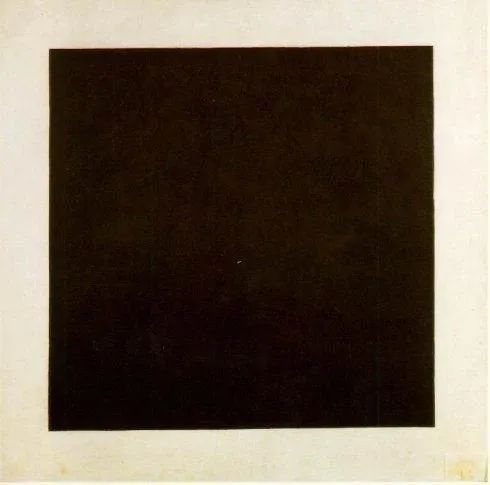 The audience sighed in front of the "Black Square" painting, everything we loved was lost... In front of us, there is nothing but a black square on a white background! But in Malevich's view, what is presented in the painting It is not an empty square, its emptiness is precisely its fullness; it is pregnant with a richness of meaning.

Malevich believes that for a long time art has been fragmented and intertwined with many non-artistic factors, and it has not been able to achieve a truly pure shape. He wants to transform, to free painting from all superfluous and totally irrelevant impurities. The first step in this transformation is to find the simplest element in the painting, which is the black square. Why is it a block? Because the painter believes that the square represents the clearest assertion of the human will, and represents the victory of human beings over nature. It most directly expresses the human emotional world.

"Black Square" is not only of great significance to Malevich himself, but also has a profound impact on the entire history of modern art. It is a milestone on the road of non-figurative art. After that, Malevich further developed a set of language system for Suprematist painting. He used the basic graphic elements of Suprematism, such as circle, square, triangle, and criss-cross, as well as simple and bright colors, to form many pictures, showing the visual diversity of Suprematism. 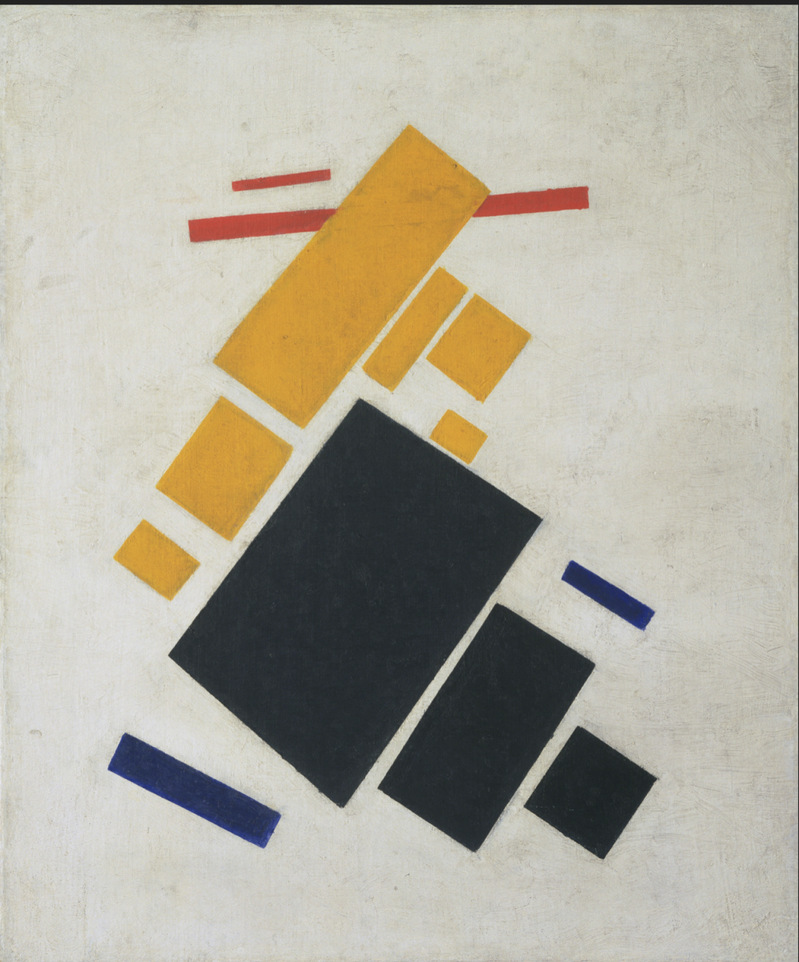 In "Airplane Flying", a total of 13 shapes of squares, rectangles and lines, which are red, yellow, black and blue, are carefully arranged on a white background. These graphs appear to go up or down, and also temporarily stand still and stabilize, but only to go up and down again. The picture conveys a fluid state of change. Malevich explained:"My new paintings don't just belong to the earth. The earth has been abandoned, like people abandon a house. The earth has been destroyed." It is this very basic physical force—"gravity" The challenge made Malevich's abstract patterns appear on a spiritual and spiritual plane.

Malevich often repeats the theme of flight, even comparing his artistic journey to abstract patterns to a plane taking off: "The familiar things receded further and further back into the background." For him, in artificially-controlled flight, the driving role played by the actual purpose is not as good as the role of emotion - the excitement and excitement brought by the speed itself. Malevich even envisioned a merging of humans and machines as a natural extension of human (with matter) unity. He believed that day would come.

In 1953, Honeywell released their first round thermostat, replacing the huge square thermostat.

Renowned industrial designer Henry Dreyfuss designed this thermostat inspired by the FM knob of a radio. The minimalist appearance allows consumers to achieve the only function of a thermostat in the most direct way: to adjust the temperature. The appearance and use method similar to the radio greatly reduce the learning cost of consumers. 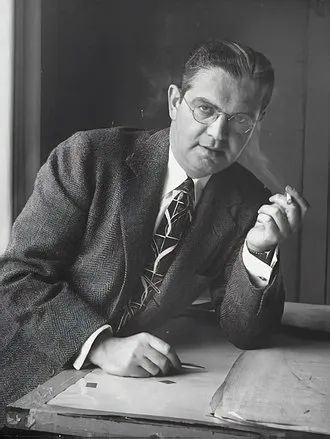 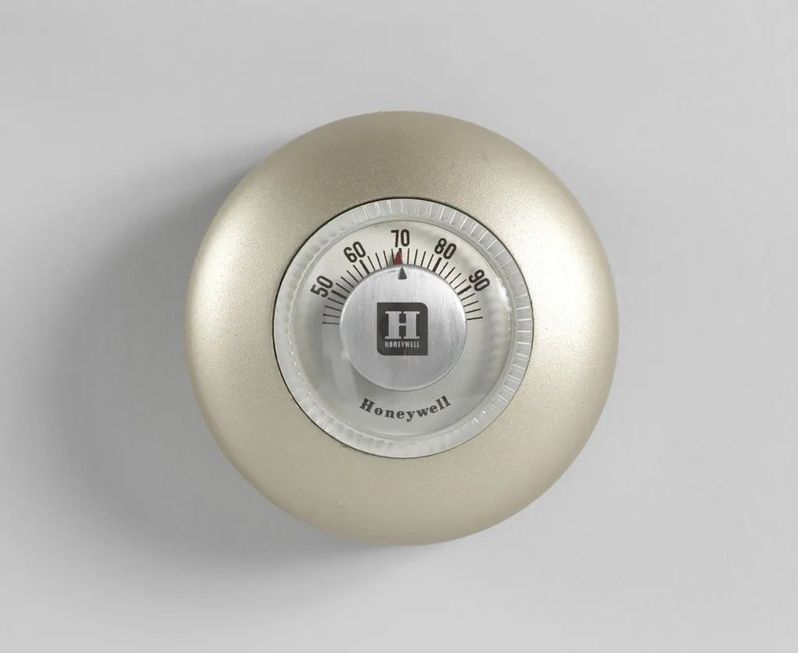 With this circular thermostat, the user no longer has to think about which complicated button he should press in order to adjust the indoor temperature. The circular appearance hints at the rotation interaction, and the pointer on the dial clearly indicates the current target temperature. Now, he can simply and intuitively adjust the temperature just by turning the knob.

Henry Dreyfuss seamlessly integrates information communication and interaction with simple and ingenious design, bridging the bridge between consumers and the complex engineering principles inside the product, making the product easier to use.