"The Elephant Celebes" & "The Fireside Angel" 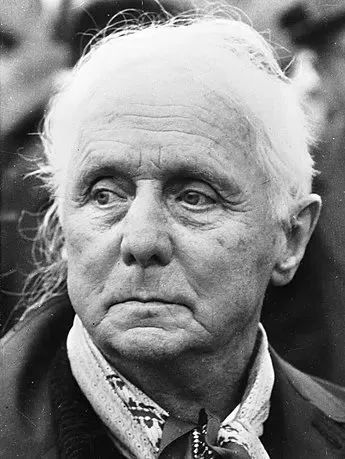 Max Ernst (1891-1976), German painter, sculptor and poet, a major leader of the Dada and Surrealist movements.

In 1909 Ernst entered the University of Bonn to study philosophy, art history, literature, psychology and psychiatry. He visited mental institutions and became fascinated by the artwork of mentally ill people. When Ernst completed his studies in the summer of 1914, his life was disrupted by the First World War. During the war, he was recruited to serve in the German Western Front and Eastern Front. While serving on the Western Front, Ernst was even assigned to draw maps because of his drawing skills.

When World War II broke out in September 1939, Ernst was living in Paris. He was detained by French authorities as an "undesirable alien". After France surrendered, Ernst, who was released soon after, was hunted down by the Gestapo and had to flee to the United States. During World War II, Ernst lived in New York City with other artists and friends who had fled the war, contributing to the development of Abstract Expressionism. 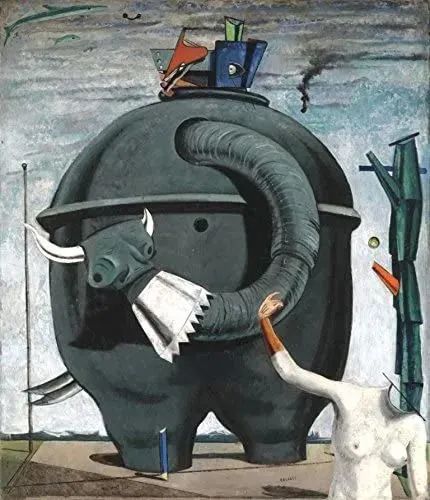 In "The Elephant Celebes", a large circle dominates the center of the composition, which Ernst reimagined as an elephant-like shape based on a photo of an iron barrel from Sudan storing corn. mechanical object. The painter arranges a series of disparate objects in this painting, showing his references to the subconscious mind and Freudian dream theory. Through this work, Ernst questions which is the real world: the world of night and dream, or the world of waking reason? 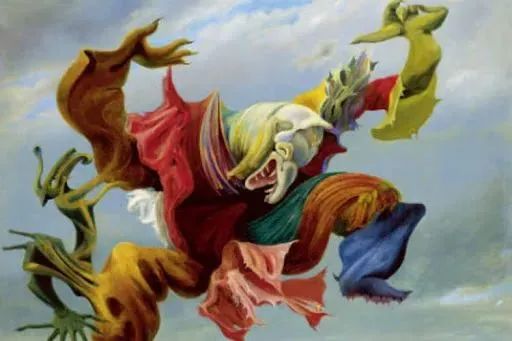 "The Fireside Angel" depicts fantasy creatures with outstretched arms and legs, seemingly jumping, with garish, yet happy, expressions on their faces. The colors of the main body and its appendages are strange and misshapen. This work is one of Ernst's rare works directly inspired by world political events. The painting was completed after the defeat of the republican government forces in the Spanish Civil War. Ernst used this painting to express his wish that the war would continue to spread in Europe, as well as the chaos and destruction that the fascist war of aggression brought to European society.

The Porsche 911 series was designed by ferdinand alexander porsche and is a legendary Porsche model. Since the first-generation 911 was unveiled at the Frankfurt Motor Show in September 1963, the 911's classic exterior design has become one of Porsche's business cards, and it has not changed much in the past 50 years (Except for the 996's controversial poached egg headlight design). This also established the classic status of 911 in the hearts of the general public. 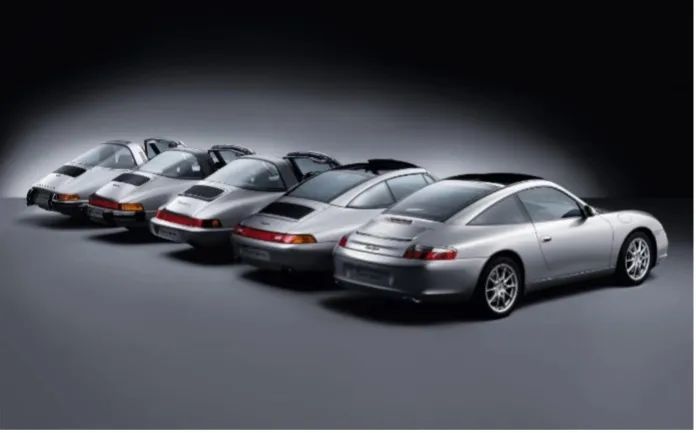 Porsche 911 models of all generations

The 911 replaced the previous 4-cylinder engine with a six-cylinder boxer engine in the rear of the car for the first time. Although the 911 at that time had only 130 horsepower, it could still accelerate from 0 to 100 km/h in 9.1 seconds and reach a top speed of 210 km/h. The Porsche 911 is characterized by air cooling, rear-engine, and rear-wheel drive; of course, the new 911 is no longer air-cooled, but the rear-mounted rear-drive layout remains the same. 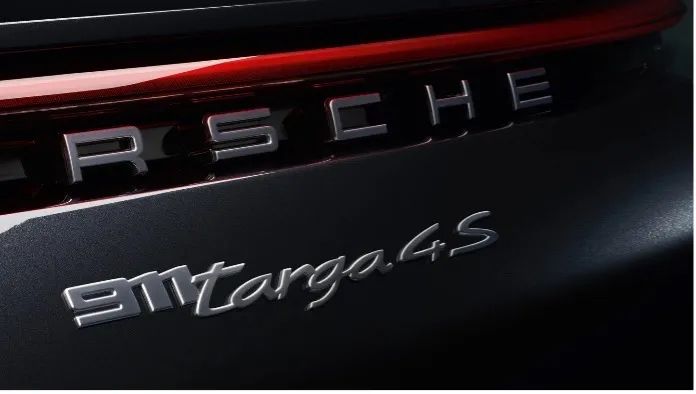 The design of 911 actually originated from an Austrian Hans Ledwinka and his Czech car factory Tatra. Hans introduced the Tatra V570 sedan in the early 1930s, the first time an air-cooled, rear-engine, rear-wheel-drive layout was used in a passenger car; that is, a reliable, high-performance car at a lower cost.

Physically, placing the engine at the rear of the car, especially after the rear axle, will give the car a special advantage, that is, due to the center of gravity shift effect during acceleration, the rear wheel/drive wheel will gain Extra grip. 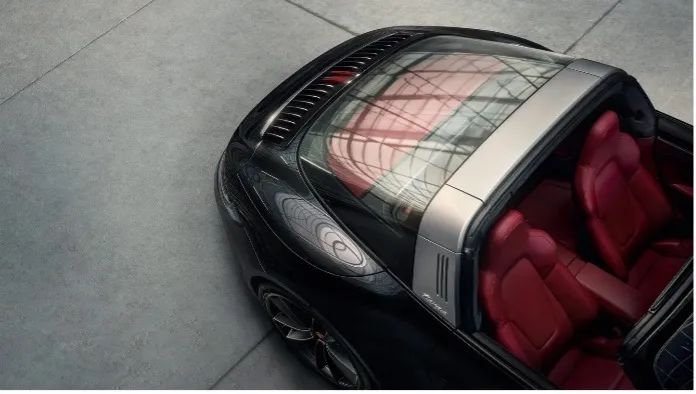 Mechanically, the entire power/transmission unit can be made very compact if the engine is mounted on the rear/rear wheel, and then combined with rear-wheel drive.