In 2015, ShanghaiTech University and School of Creativity and Art, University of Southern California forged an exclusive collaboration in Shanghai Area. ShanghaiTech University initiated the inaugural professional workshop for working screenwriters in China in association with USC SCA. Starting from 2016, the program expanded to directing, screenwriting and producing programs. The program has soon established itself as a leading interface with Hollywood and top film education in North America.

Within a short period of time, the program has attracted and incubated a pool of rainmakers, talents and projects.

- Each year, the producing program is attended executives from major studios across China including Tencent, YouHug Media, Phenom Films, PMF Films, ZUIBook, etc, as well as agents that represent A-list talents in China. The group takes classes and seminars both in China and LA taught by USC SCA senior instructors and Hollywood studio executives.

- The writers of the Shangai-based screenwriting program, after two month's intensive training, produce feature-length projects that have been selected into top-notch pitch forums in China, such as the Shanghai Intl Film Festival, Wu Tianming Film Foundation, The One Intl Women's Film Fest, etc.

- And the directing class gathers at the Jedi Academy in filmmaking every summer to undertake five weeks' of hands-on training in directing, writing, cinematography and editing. Each of the participants, who are already working filmmakers and media makers in commercials, films, TV, web-based films and series, is required to develop one narrative short film in LA and make it after they come back to China. Many of the films produced have been selected into and got nominated at film festivals worldwide. 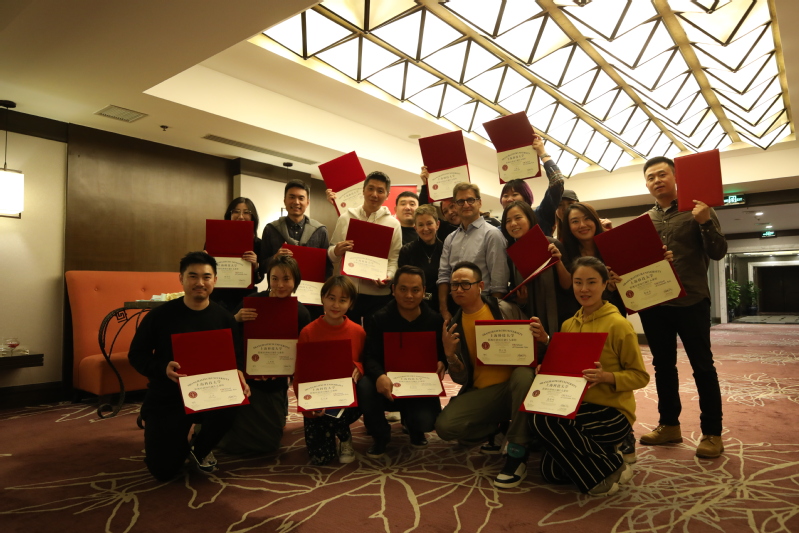